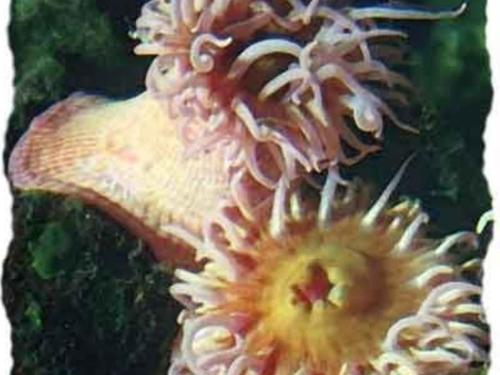 The name Cnidaria comes from the Greek word “cnidos”, which means stinging nettle. This phylum contains thousands of living species worldwide. The Cnidarians include the hydroids, jellyfish, anemones, and corals. These creatures are radially symmetrical. This means that the parts of the body extend outward from the center like the spokes on a bicycle wheel. A common example of radial symmetry is the sea star (see our guide on Echinoderms!).

Cnidarians are incredibly diverse in form. Yet, these diverse animals are united because they are all armed with stinging cells called cnidocytes and contain a structure called a nematocyst. These stinging cells are used to capture and subdue prey.

The nematocyst is a coiled thread-like stinger. When the nematocyst is called upon to fire, the thread is uncoiled, and springs straight. The harpoon-like thread punctures through the cnidocyte wall and into the prey. Most Cnidarians also have a toxin in their stinger that helps immobilize the prey. The nematocyst is fired either by the tentacle touching prey, or in some cases by a nerve impulse from the animal telling it to fire. Most Cnidarian’s nematocysts are not harmful to humans, as the stinger cannot penetrate sufficiently into human skin to inflict any harm. There are some jellyfish, however, which can deliver extremely painful, and in a few cases, even fatal stings to humans.

The two different forms of a Cnidarian body

A Cnidarian can have one of two basic body types, polypoid or medusoid.

The polypoid is the configuration of corals and anemones, with the tentacles and mouth generally facing up, and the other side affixed to a substrate or connected to a colony of other creatures of the same species.

In the Medusoid form, the organism is essentially upside-down, with the mouth and tentacles generally pointed down. These types of Cnidarians are usually free-swimmers, like jellyfish.

Most Cnidarians alternate between these two stages, although some, sea anemones and corals for example, do not have an alternation of generations. 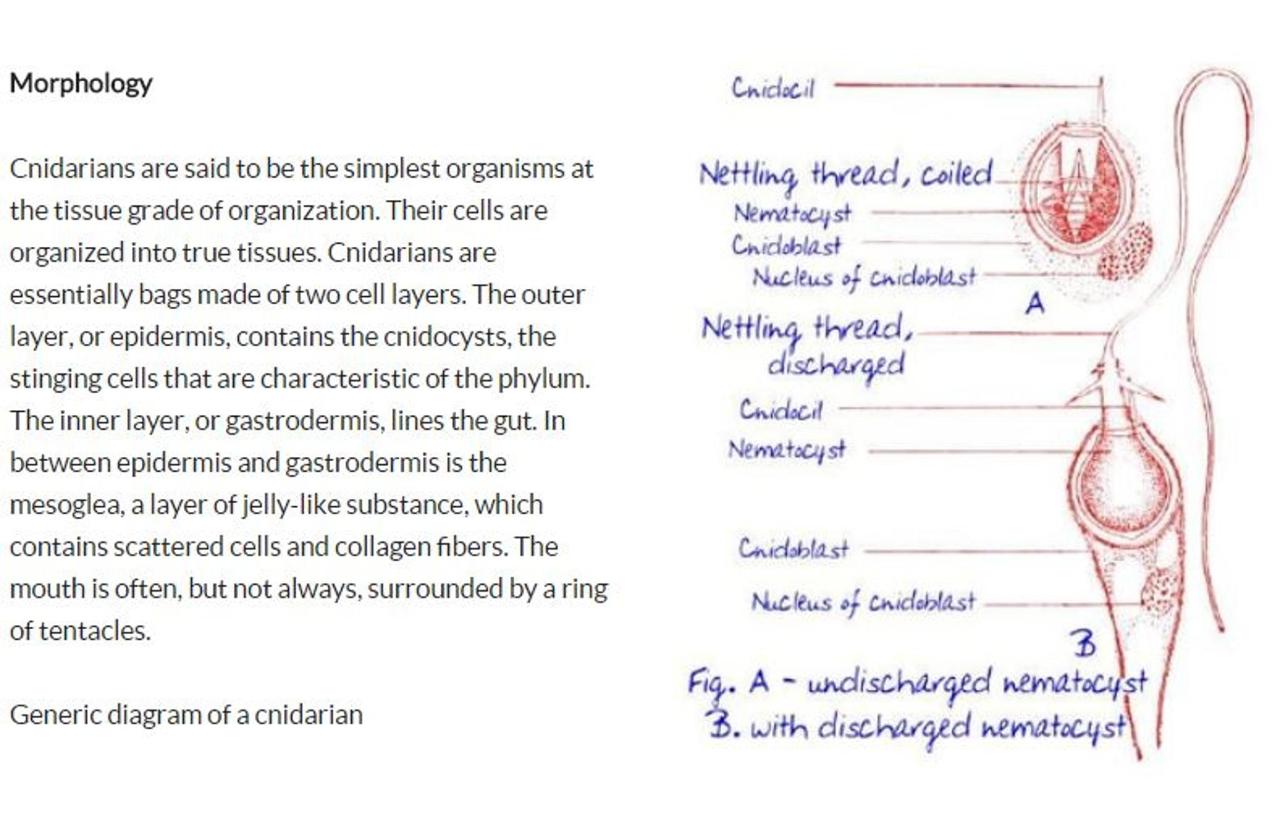 Anthozoans are probably the most famous Cnidarians. They include the corals that build great reefs in tropical waters, as well as sea anemones, sea fans, and sea pens. Anthozoans have no alteration of generations. They live either as solitary polyps, such as sea anemones, or in colonies of polyps, as do the corals.

Most members of the class Hydrozoa, known as hydroids, are small in size and are often mistaken for algae. Usually, they form bush-like colonies attached to the bottom.

Most hydroids alternate between a polyp and a medusa stage, although not all species have a medusa stage. There are different types of polyps within a hydroid colony: feeding polyps, defensive polyps and reproductive polyps which produce free-swimming medusae. 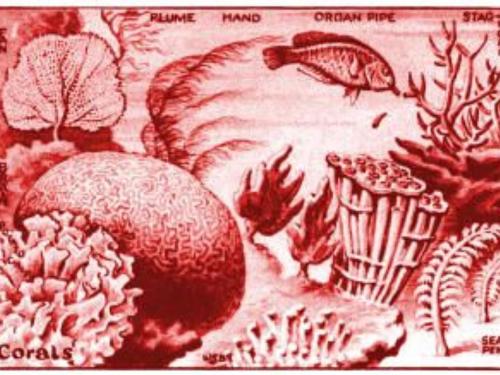 Due to their stinging reputation, the most familiar Cnidarians are probably the jellyfish, which belong to the class Scyphozoa. Unlike the hydrozoans, jellyfish are not colonial; each is a single organism. Jellyfish range in size from a mere twelve millimeters to more than two meters across. Despite their large size, jellyfish have no head, no skeleton, and no special organs for respiration or excretion. Their life cycle involves an alternation between sessile polyp phase and a free-swimming medusa stage, though the medusa stage usually predominates. 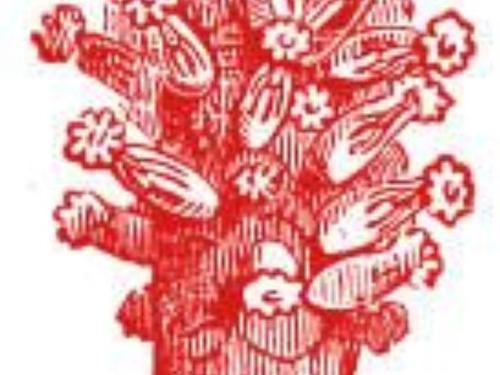 Corals are invertebrates that are in symbiosis with algae, meaning they exchange nutrients or other services with one another in order for both to survive better. They are of the phylum Cnidaria and therefore have an alternation of generations during their life cycle (this cycle alternates from a polyp to medusa stage). However, the class anthozoa’s medusa stage is absent and once they fix themselves in one place, they become sessile. They only move during their developing stages. To obtain food, corals filter feed.

Dead Man’s Fingers, Alcyonium digitatum is a soft fleshy coral colony found subtidally from Maine to Rhode Island. It attaches to stones, shells, pilings, or suspended from walls and ceiling of quiet, shaded rock polls. When the polyps are withdrawn, it resembles a sponge. 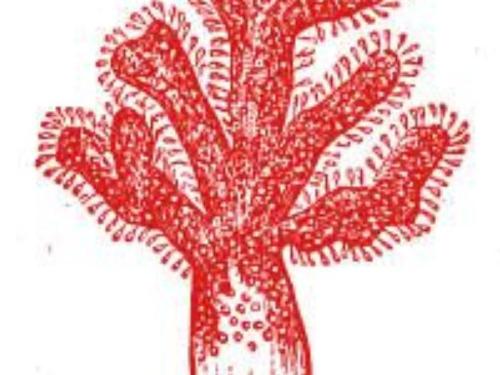 A sea anemone usually attaches itself to rocks or coral. They have a central mouth which is surrounded by tentacles with nematocysts, stinging cells that paralyze and entangle small marine animals. Sea anemones primarily reproduce sexually: most often, their eggs are fertilized in the gastric cavity, and then their young are released through the mouth temporarily as free-swimming larvae—they soon find somewhere to attach themselves to. A few sea anemones have symbiotic relationships with some hermit crabs; they attach themselves on the shell of the hermit crab (or they are attached by the hermit crab). There are theories that this is beneficial to the hermit crab for protection since the stinging cells on certain sea anemones can be quite potent, and the sea anemone may benefit from scraps of the hermit crab’s food that it did not eat. They are the relatives of corals and sea fans. They exist only in the polyp stage and obtain their food by filter feeding. 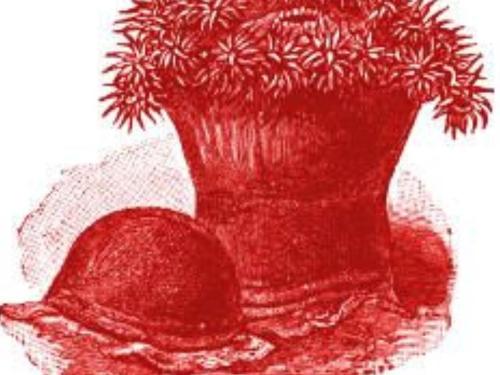 The Striped Anemone Haliplanella luciae was first found in New Haven, Conneticut in 1892 apparently an immigrant from Japan and Europe. It is now abundant from Maine to Chesapeake Bay, growing intertidally on rocks and pilings. It has a dark green column with blood-red to dull yellow or whitish stripes.

The largest and most common anemone found in the Gulf of Maine is the Frilled Anemone Metridium senile. It grows on pilings, rock crevices and pools in the intertidal region but can also grow below the low tide mark. Compared to other species of sea anemones, its tentacles are finer and more numerous.

Jellyfish are Cnidarians which lack the polyp stage of the life cycle. Therefore, they are always in the medusae stage. They are considered plankton because they cannot swim on their own—they are dependent upon the current to take them places. They are normally found in the epipelagic layer of the ocean. 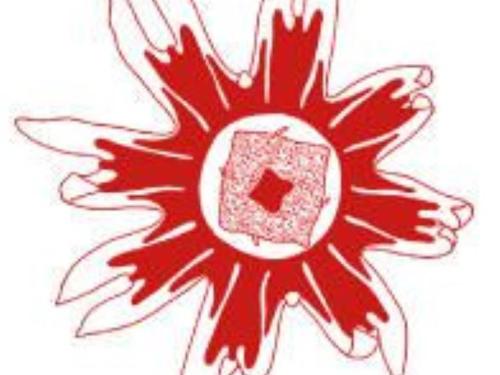 Lion’s Mane jellyfish, Cyanea capillata, ranges from the Artic to Florida. It is the largest jellyfish in the world. Its bell can reach 2.4 meters (96 inches) with tentacles 30 meters (98 feet) long. Juveniles are pink, turning red as they mature into reddish brown or purple adults. This jellyfish can give a painful, but short-lived sting. Sherlock Holmes fans probably remember Holmes’s triumphant cry when, having identified the lion’s mane jellyfish as the villain in The Adventures of the Lion’s Mane, he spies it in the water and calls out, “Cyanea! Behold the Lion’s Mane.” 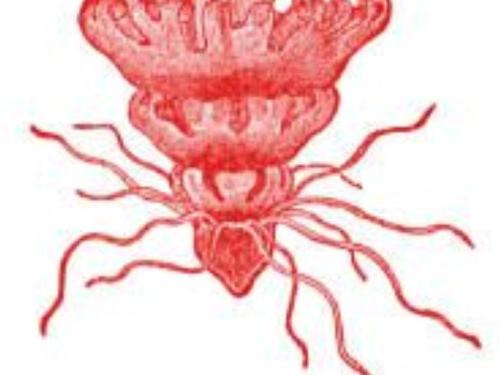 The Moon jelly, Aurelia aurita, is one of the most common jellyfish along the Atlantic Coast. It is reportedly less venomous than other jellyfish. It is usually translucent white, pink or beige. It has four conspicuous, horseshoe-shaped gonads. Adults feed on small planktonic organisms caught on the sticky mucus-covered tentacles. 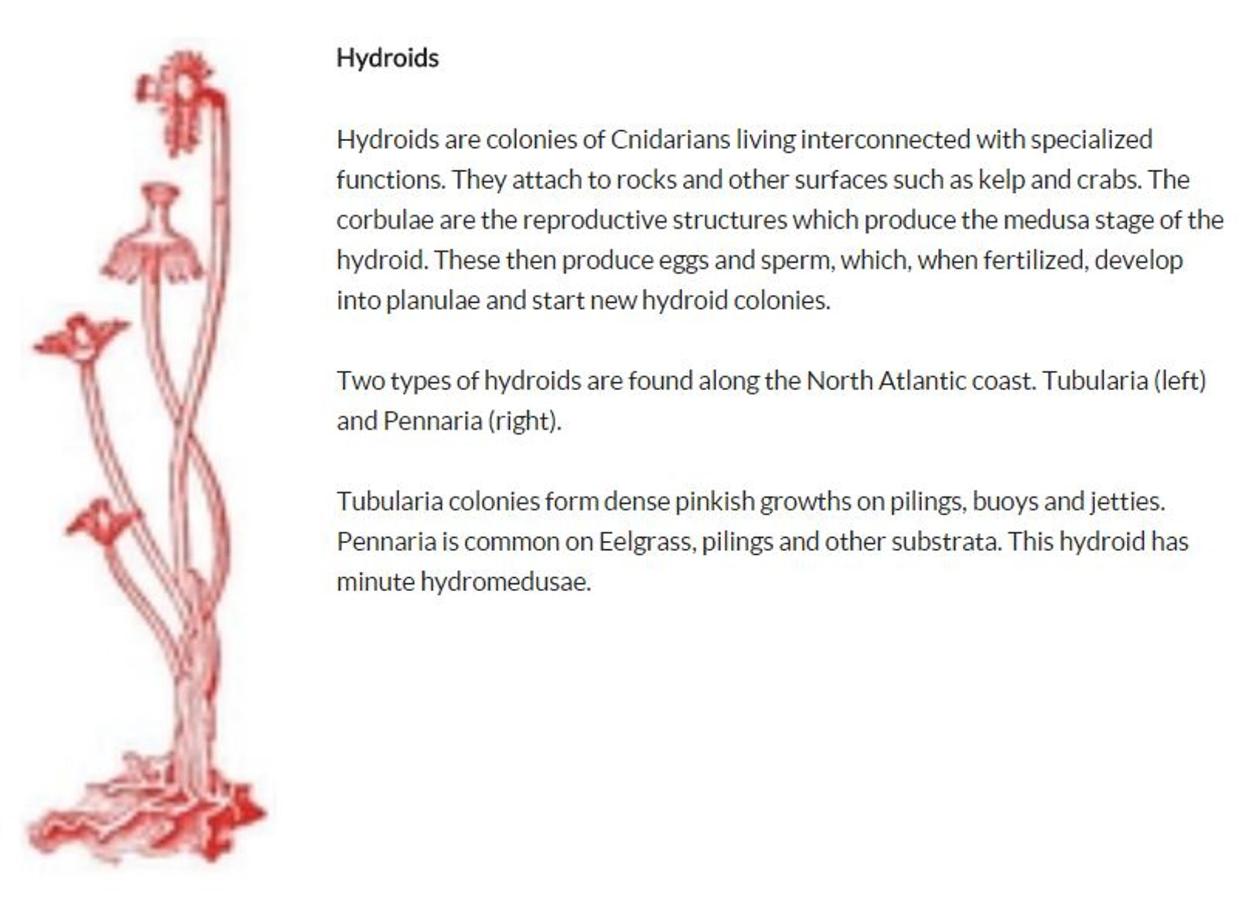 Cnidarian ecology is a complex subject because it is cnidarians, in particular corals that are the builders of some of the richest and most complex ecosystems on the planet.

Coral reefs are among the most diverse and productive communities on Earth. They are found in the warm, shallow waters of tropical oceans worldwide. Reefs have functions ranging from providing food and shelter to fish and invertebrates to protecting the shore from erosion.

Unfortunately, as our understanding of corals and coral reefs increases, it becomes apparent that the effects of the human population on these communities may be increasing as well.

There are a great number of threats to coral reefs. Work must be done quickly to protect our threatened resources. Therefore, the education and cooperation of people throughout the world is necessary if coral reefs are to survive.

Many people believe that corals are found only in the waters of tropical oceans and seas. This common misconception is a result of the fact that reef-forming corals are found only in the tropics. Coral reefs are easily seen in tropical locations because they are just below the surface of the water near the shore. In colder waters, such as the Gulf of Maine, corals are usually found at deep depths, far from shore. Many fishermen haul up corals accidentally in their fishing gear, but some fishermen are unaware of what they are.

Recently, a colorful forest of deep-sea coral was found in Jordan Basin, about 50 miles off the coast of Mount Desert Island, marking the first time such a diverse and abudant field of coral has been found in the Gulf of Maine.

Said of the find:

“The discovery of these corals adds to scientists’ understanding of marine biodiversity in the North Atlantic. They are inherently interesting, long-lived creatures that grow at a snail’s pace – just millimeters per year – and are slow to evolve… ‘This is going to be an exploration for us, too, because there will be a lot of things we’ve never seen before,’ Eckelbarger [investigator on the project] said. ‘They’re not in textbooks.’ … ‘There’s a few other target places that we’ve got in mind, sort of in the Down East area, that we think also have a lot of corals, based on anecdotal stuff we’ve been hearing from fishermen,’ Watling [professor of oceanography] said. ‘There are canyons sort of between Schoodic and Grand Manan … It’s an amazingly unexplored area.”