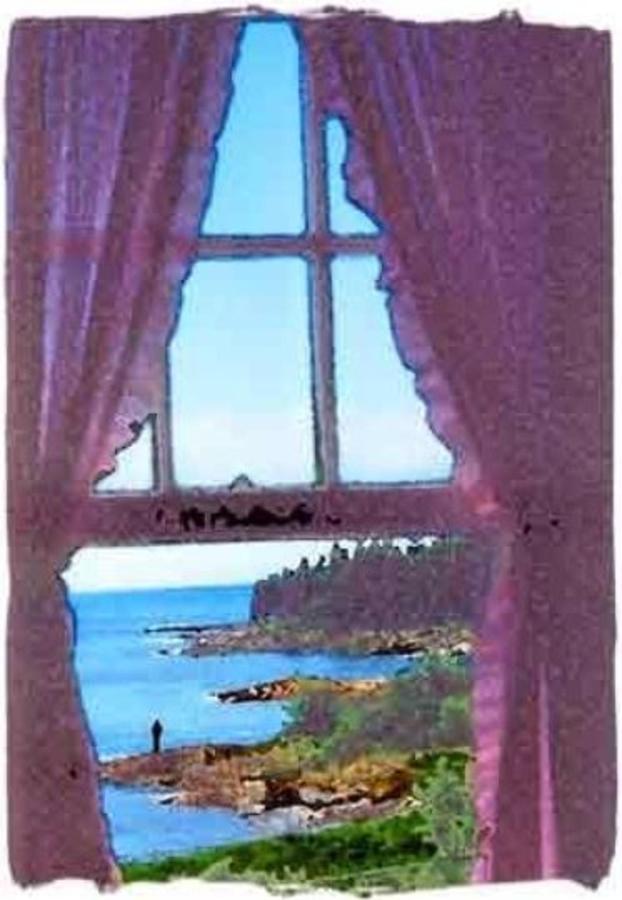 If you are not familiar with the ocean, you may be surprised to find a small bay filled with water later transformed into a large stretch of beach dotted with tide pools. This continual cycling of the water level is caused by tides.

Tides are created by the gravitational forces and inertia of the moon and sun. Gravity from the moon and sun pulls the water away from the earth’s surface enough to create the tides. The moon has the greater effect because it is much closer than the sun. The sun acts to reinforce the moon’s gravitational pull when the moon is between the earth and sun in a new moon. When this happens, tides are much more exaggerated. When the earth is between the sun and the moon, the sun pulls water from one side of the earth while the moon pulls from the other side. In between these times, tides are not as extreme. 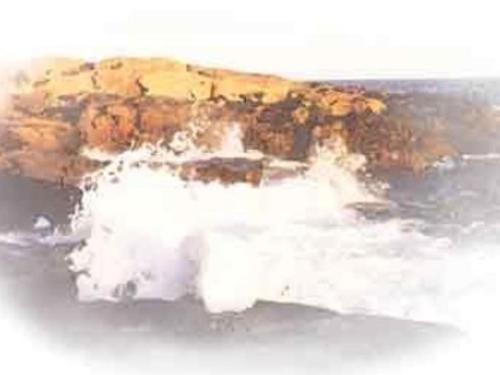 Sometimes we peep beneath the blinds,

And through the window bars,

We see the lighted stars:

And down among the sea-weed pools

Swift coming through the dark we hear

The footsteps of the tide

We know, when night is tucked away,

Tomorrow there will be

Across the flat and shining sand,

The footprints of the sea.

What is a Tidepool?

A tidepool is a basin of water left in a hollow of the shoreline by the ebbing tide. All kinds of animals from the sea are washed into these pools by waves. Some stay there to reproduce while others remain briefly and are washed out again by the tides. Tidepools contain many different forms of life. Many creatures begin their lives there and others spend their entire lives in these pools. 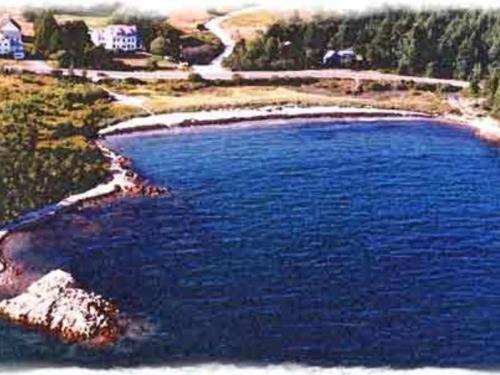 If you look closely in and around a tidepool, you’ll find that the world beneath the water is fun to explore. You may come across sea grass, giant kelps or smaller seaweeds, starfish, baby shrimp, sea urchins and tiny fish. You may also find crabs, snails, mussels, clams or lobsters.

Tidepool containing barnacles, mussells, rockweed, and other types of algae

Discovering the world of tidepools can be fun. But be careful where you put your hands and feet since sharp barnacles may cut you if you rub against them. So put on rubber boots or sneakers, watch your step, and have fun! 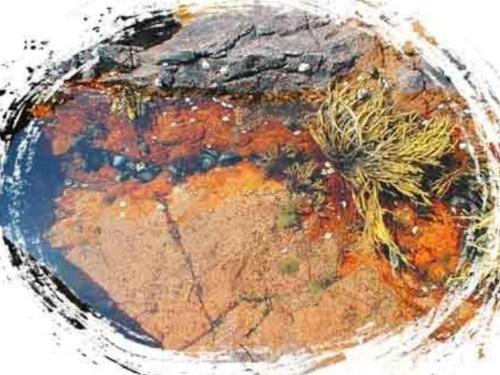 The first part of the coastal dune system is the beach. It sits directly in front of the dune system. The beach has noticeable wet and dry sections. The wet portion of the beach changes throughout the day with the ebb flow of the tide. As sand accumulates on the dry section, the wind starts the dune construction process by blowing the sand further inland. Over time, the pile of sand begins to grow and the first portion of the dune system begins to form. One of the distinguishing characteristics of these dunes is the comparatively less dense amount of plant life such as beach grass.
The second portion of the dune system is composed of larger dunes with higher density vegetative cover. Coastal dune ecosystems support several living species. Small birds, amphibians, reptiles, crustaceans and other coastal species are found living in and around the dunes. As you walk down to the water, keep a look out for plovers, salamanders, beetles, snakes and crabs. 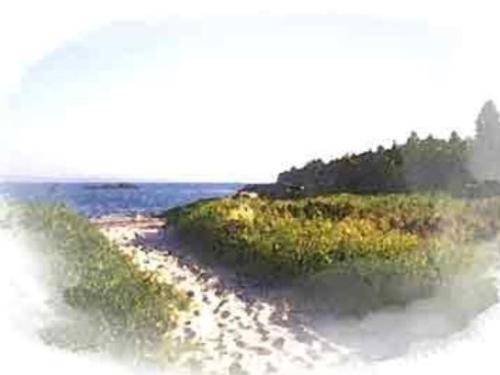 The sand on the beach is made of billions of tiny pieces of quartz and seashells. At first sight, the sandy beach seems tohave no life on it at all, except for vacationers and a few gulls. Yet many kinds of creatures live in the darkness beneath the sand. Deep in the sand, you may find flat lugworms. These worms eat the sand and digest the tiny creatures that live in it. Bivalves, such as clams, also live beneath the sand. Search for holes in the sand where bivalves such as razor clams, cockles and surf clams live.
The sand is not flat and many creatures live in the pools that form across it. Shrimp lie buried just below the surface and the young of various fishes such as flounder, dabs and bass live there as well. These fishes are small and difficult to see, for they can change color to match their background and become invisible to predators. 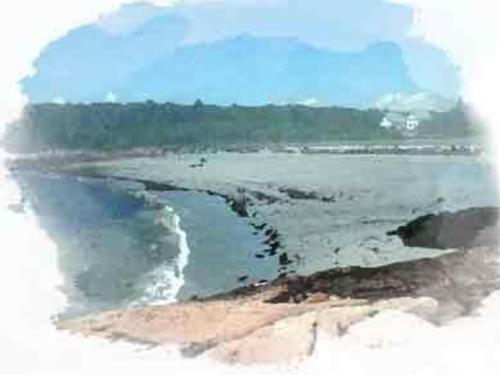 The combination of strong tides and a rocky shore creates a spectacular demonstration of the power of the tides on living organisms. As the tides ebb and flow over the rocks, their progress across the shore is visibly marked by bands of different color, called zones.

These zones are composed of living organisms and reflect the stages of the tide. The length of time that a particular level of shore is uncovered determines what can live there.

The hardiest species are blue-green algae, some of the earth’s most ancient organisms, which live in upper areas, forming the Spray zone (1 – see fig. right). Below the Spray zone, snails hide in cracks and crevices of rocks, forming the Periwinkle zone (2). But the most conspicuous zone begins at the upper line of the tides. 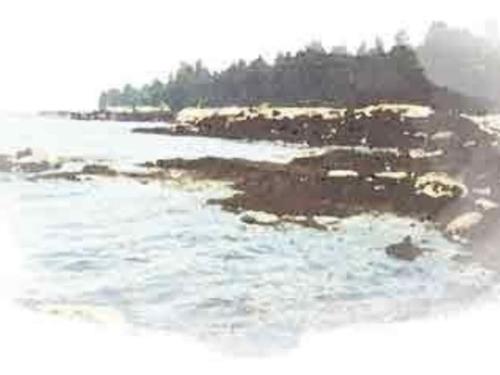 On an open shore with moderately-high exposure to waves, the rocks are whitened by barnacles just below the high-tide line. Beds of mussels often grow in this Barnacle zone (3). Below the barnacles, meadows of brown rockweeds appear on the gently sloping rocks of the shore. The gulls often probe under the weed to find crabs and sea urchins in the Rockweed zone (4). Toward the low-tide line, the Irish moss spreads its low cushioning growth in the Red Algae zone (5).

You may find brittle stars, sea stars or sand dollars in this zone. The lowest of tides reveal still another zone: the Laminarian zone (6), where the rock is covered by rose-colored encrusting algae and where large kelps lie exposed on the rocks.

A very rare (1 in 2,000,000!) genetic condition causes this abnormal coloration. Yet, this lobster is special for other reasons- 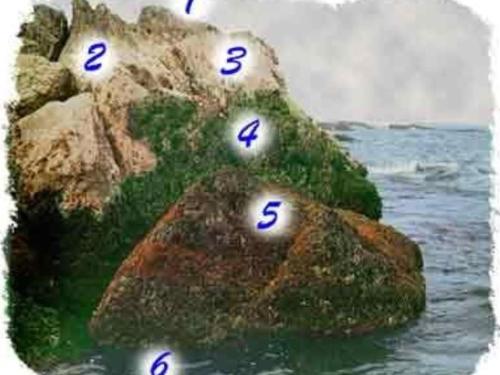 “In the calm world of the deeper rock pools, undisturbed by the tumult of incoming waves, crabs sidle along the walls, their claws busily touching, feeling, exploring for bits of food. The pools are gardens of color composed of the delicate green and ocher-yellow of encrusting sponge, the pale pink of hydroids that stand like clusters of fragile spring flowers, the bronze and electric-blue gleams of the Irish moss, the old-rose beauty of the coralline algae. And over it all there is the smell of low tide, compounded of the faint, pervasive smell of worms and snails and jellyfish and crab- the sulphur smell of sponge, the iodine smell of rockweed, and the salt smell of the rime that glitters on the sun-dried rocks.”

- Rachel Carson, The Edge of the Sea 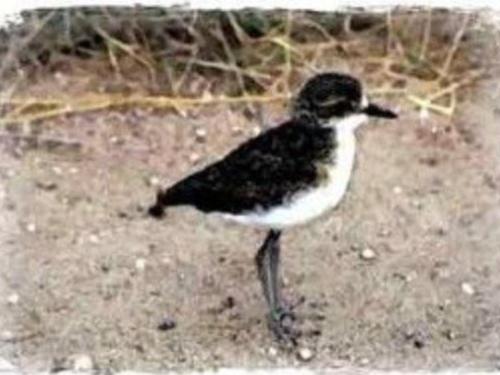 Common ringed plover (Charadrius sp.). Keep an eye out for small birds such as this plover as you pass the dunes on your way to the sandy beach. 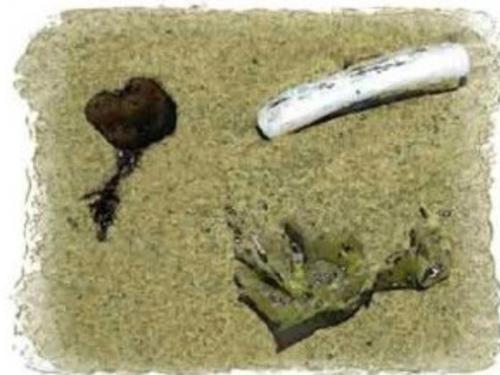 Blood star (Henricia sanguinolenta) with purple sea urchins (Arbacia punctulata). These two organisms both start their lives in the plankton and later metamorphose before settling into a life in the lower tidal zone. 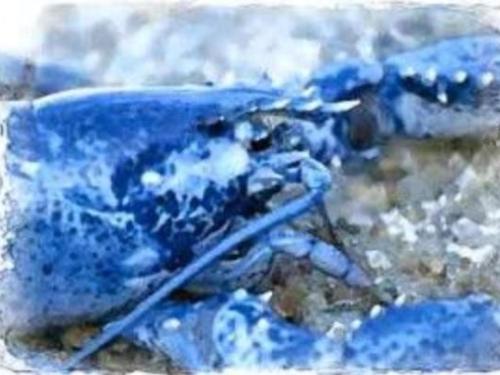 A Blue Lobster? A very rare (1 in 2,000,000!) genetic condition causes this abnormal coloration. Yet, this lobster is special for other reasons- 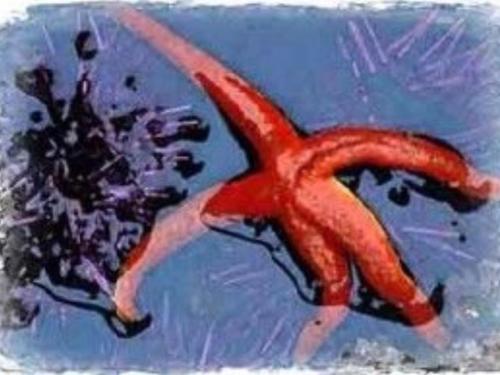 Blood star (Henricia sanguinolenta) with purple sea urchins (Arbacia punctulata). These two organisms both start their lives in the plankton and later metamorphose before settling into a life in the lower tidal zone.
Previous
Next