Layers of the forest

The Salt Marsh Trail begins by exploring the transition forest, which combines both coniferous and deciduous trees. The forest provides shelter for different species within its multiple layers, enabling many organisms to occupy a small space in harmony. 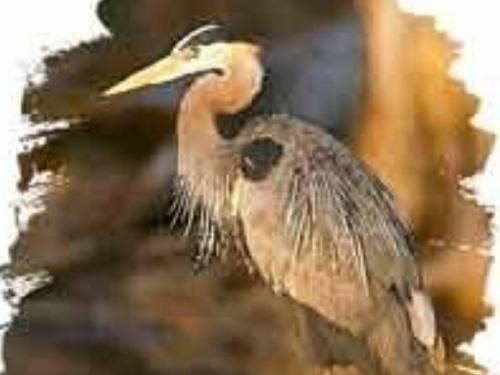 As you enter the trail, start by examining the lowest layer: the soil. Fallen leaves and decaying debris are decomposed and processed by earthworms and other invertebrates, providing nutrients for plant growth. These plants, in turn, recycle the nutrients when they shed their leaves or die off. The nutrient cycle is thus tightly controlled and little is wasted. While you walk along, look for animal tracks in wet, muddy areas. Raccoon tracks are easily recognizable, since the hindprints resemble miniature human footprints with abnormally long toes.
When you delve deeper into the forest, explore the next layer, the forest floor. Mosses and ferns, adapted to shade, thrive in this dimly-lit area. Look for beautiful thick mats of Sphagnum, or peat moss, characterized by “leafy” branches that form a small rosette at the top of each plant. Also notice the circular clumps of the common Cinnamon Fern. Look for cinnamon-brown spore-bearing fronds among the sterile green fronds. You will see many examples of lichens encrusting rocks and trees throughout the forest. 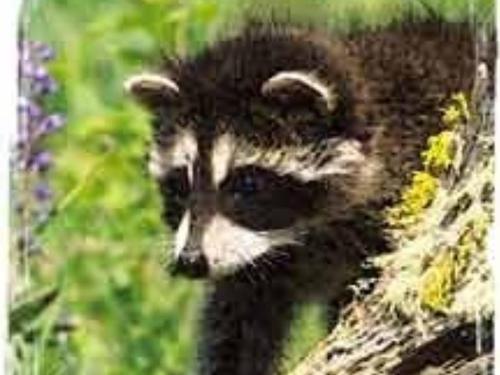 Now observe the middle layer of the forest, or shrub layer. In boggy areas you may find Cranberry, with narrow, alternate leaves. Search for low-growing Blueberry shrubs in dry, sunny openings along the trail. Other abundant shrubs are the Speckled Alder, named for the whitish transverse lenticels on its dark bark, and the Bunchberry, characterized by a whorl of oval leaves topped by four rounded white petals.
Between the shrub layer and the canopy lies an understory that houses cheerful little Warblers and several species of Woodpeckers hunting for insects. Listen for the calls of the Black-throated Green Warbler, a lazy “trees, trees, murm’ ring’ trees.” Observe the activity of squirrels, such as the small Red Squirrel, feeding on pinecone seeds.
Finally, look up into the canopy, the highest layer of the forest. You will encounter the aromatic Northern White-Cedar, with scalelike flat leaves, and the handsome Red Spruce, with stiff, spiraled needles, resembling a bottle brush. Pick out the light blue-green Tamarack, or Larch, locally known as the Hackmatack. This is the only coniferous tree that sheds its needles in the winter. You should easily recognize the beautiful Paper Birch, with long curling strips peeling off its bark. Eagles, owls and hawks perch high up in the canopy and scrutinize the forest floor for food. 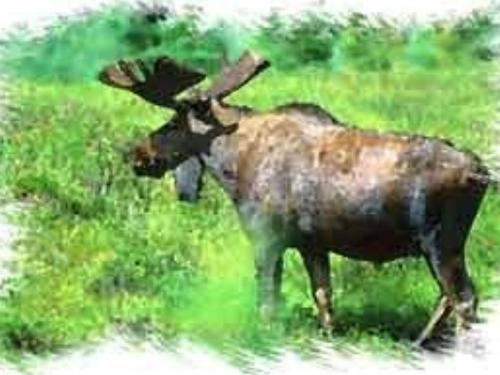 The Salt Marsh is an extremely rich environment that supports thick expanses of salt grasses. In the eighteenth century, salt hay harvested from the marsh was used as mulch for fields. The hay, adapted to a high-salt environment, did not sprout in agricultural fields where the salt content was low. 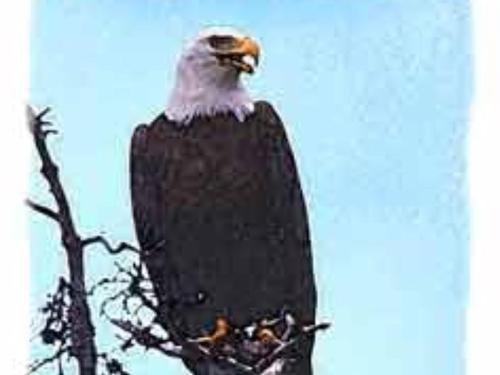 Listen for choruses of croaking Green Frogs and Bullfrogs. These animals use camouflage to hide from their predators. Watch as the Great Blue Heron spreads its wings in descent to the marsh, where it will stalk its prey. Search for the great Moose, with high, humped shoulders, and broad antlers. Twilight is the best time to search for these huge animals as they charge into the marsh to escape droves of relentless mosquitoes. 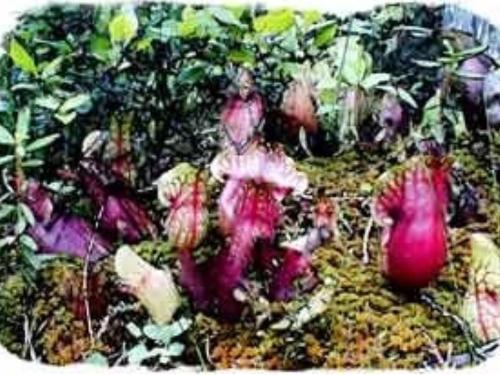 As you walk along the edge of the Salt Marsh, you will see several examples of salt grasses. Cordgrass grows a few feet tall and has inch-long flower spikes branching alternately from the stalk. Look for the dark-green Blackgrass, a wiry-stemmed rush with tiny, blackish flowers. Observe the clumps of Glasswort, a plant that grows a foot tall with cylindrical, jointed stems, and scaly leaves. 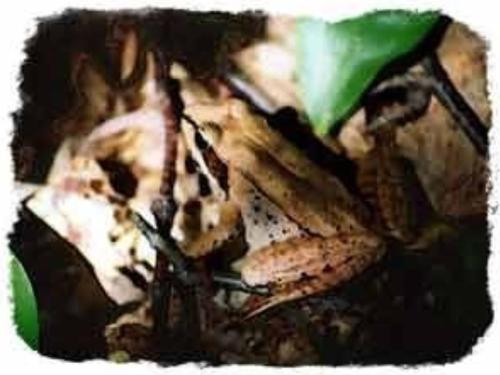 he last stretch of the Salt Marsh Trail follows the edge of an expansive grassy meadow. This area is home to a variety of wildflowers, insects and birds.

Listen for the buzzing of Honey Bees as they visit flowers in the meadow. Try to identify the many species of butterflies – such as the Tiger Swallowtails with pale yellow wings and black markings, or the beautiful Monarch. If you look closely, you may find caterpillars crawling along the undersides of leaves. 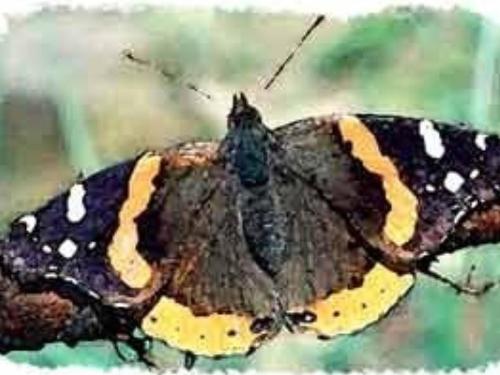 Observe the deep blue Bird-foot Violet, with its distinctive “bird’s-foot” – shaped leaves, or the Common Blue Violet, whose leaves and flowers are on separate stalks. The Canada Mayflower, a member of the lily family, has tiny white star-shaped flowers. Watch for patches of lovely Bluets, which, as their name suggests, are pale blue flowers with golden-yellow centers 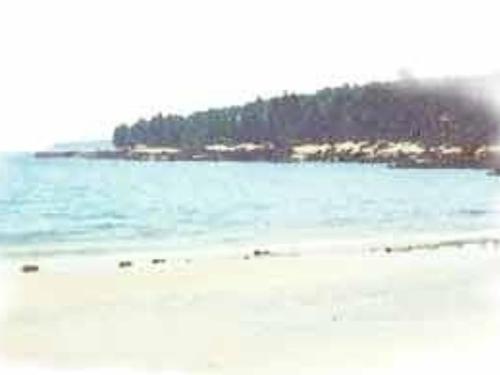 As you approach the Sea Captain’s House, you will hear the waves crashing on the beach and smell the salty air blowing in from the ocean. A walk along the seashore will introduce you to a whole different world of organisms.

“The more he [General Cobb] thought about it, the less ditching seemed to be the answer to the problem of the marshes, and he ended by having a series of dykes built to dam out the sea. Almost a hundred acres were thus reclaimed from the tides, and as the salt hay gradually died out on this drier land, the earth was plowed and seed of the best English hay was sown. The land was rich, and a valuable property was developed. In time, when it became clear that the dykes were practical and would hold against the sea, storage barns were built on the marshes, and the area came to be known by the name it carries today, the Dyke Marsh.” 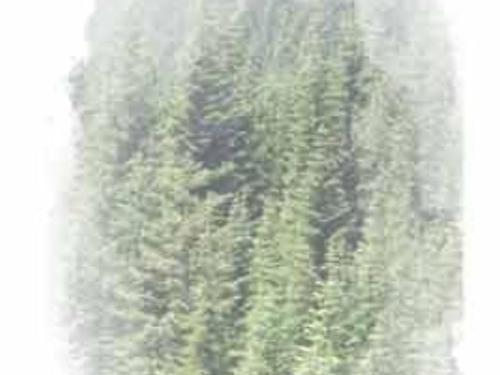 What is it gilds the trees and clouds,

And paints the heavens so gay,

With its unchanging ray?

Lo, when the sun streams through the wood,

Upon a winter’s morn,

The murky night is gone.

How could the patient pine have known

The morning breeze would come,

Till the new light with morning cheer

From far streamed through the aisles,

And nimbly told the forest trees

For many stretching miles?